Recently the global markets have been very volatile and the same is being witnessed in the Indian markets as well. The Sensex has fallen around 12% from peak of 29,045 on 8th Sept, after a 26% rise since the 2016 budget. Here are the key events which have likely affected the mood of the market.

The high value currency notes of Rs 500 and Rs 1000 were demonetized on the 9th of Nov, 2016. Just overnight 86% of cash in INR has become obsolete. This measure was taken by the govt. to 1) tackle the widespread presence and hoarding of undisclosed (black) money and 2) destroy the counterfeit notes in the economy. A 50 day window till 30th Dec was given by the govt. to public to deposit or exchange these high value notes.

The Cash categories are: 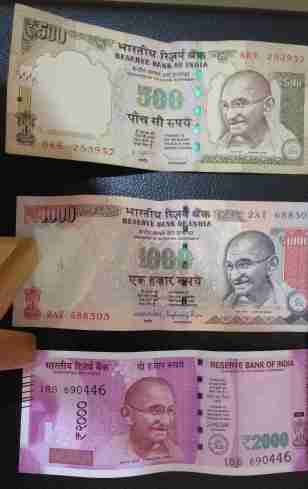 Fig 1: Ring out the Old, Ring in the New

Impact: For individuals and in business, there will be some disruption before we limp back to normalcy. This will be worse in rural areas with poor banking penetration.

Donald Trump won the 45th US Presidential elections on the 9th Nov, 2016. This was against the market consensus of various polls indicating a win for Hillary Clinton, thus shocking many Americans and investors worldwide. After the initial surprise, the US markets stabilized.

Impact: We expect the US policies to change once Trump takes over presidency in Jan 2017. The immigration, foreign business treaties, tax rates and a host of domestic policies may change. The impact on Indian investors too will unravel over 6 months. There is a higher uncertainty in US markets. Some FIIs are pulling out funds from Emerging Markets in a Risk off move. However after an initial knee-jerk reaction, this may not continue.

Indian stock markets fell almost 2% on 29th Sept, 2016 after the Indian army conducted “surgical strikes” on terror launch pads across the Line of Control (LoC) in Jammu and Kashmir amidst rising tensions between India and Pakistan. Thus the Indian side has taken a firm stand against terror from Pakistan. This event has been followed up with many incidents of firing on both sides and disruptions along the border.

Impact: We feel that there will be ongoing tensions between India and Pakistan. However a war like situation might not come up. Though the issues are unlikely to be solved soon, negotiations and dialogues should happen. Any aggressive attacks from either side could lead to a short term fall in markets. There is a higher uncertainty.

The Chairman of the Tata Group, Cyrus Mistry was ousted from his post. The past Chairman Ratan Tata took over and will appoint a new Chairman within 2-3 months. The main reason for this was stated to be a loss of confidence in Mistry. This sounded like a painless coup for investors but the spat between the two has gone public, and it may be some time before the changes are rolled out across the group.

Impact: We feel that the operations of most companies will not be affected in the near term. Some strategic direction may be changed. The aggressive and combative stand of Tata group seen in recent cases like Tata Corus and Tata Docomo may soften in line with group philosophy.

DO YOU FIND THIS SITE USEFUL?

This document has been prepared by JainMatrix Investments Bangalore (JM), and is meant for use by the recipient only as information and is not for circulation. This document is not to be reported or copied or made available to others without prior permission of JM. It should not be considered or taken as an offer to sell or a solicitation to buy or sell any security. The information contained in this report has been obtained from sources that are considered to be reliable. However, JM has not independently verified the accuracy or completeness of the same. Neither JM nor any of its affiliates, its directors or its employees accepts any responsibility of whatsoever nature for the information, statements and opinion given, made available or expressed herein or for any omission therein. Recipients of this report should be aware that past performance is not necessarily a guide to future performance and value of investments can go down as well. The suitability or otherwise of any investments will depend upon the recipient’s particular circumstances and, in case of doubt, advice should be sought from an independent expert/advisor. Punit Jain is a registered Research Analyst and compliant with SEBI (Research Analysts) Regulations, 2014. Any questions should be directed to the director of JainMatrix Investments at punit.jain@jainmatrix.com.