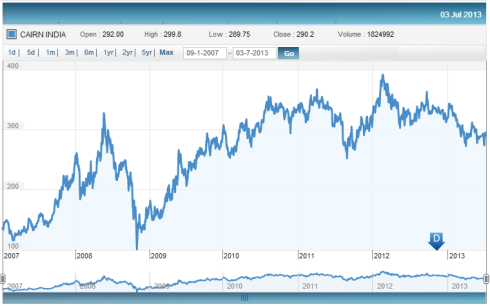 The available 6-year view of the share price of Cairn Fig 3 shows us: 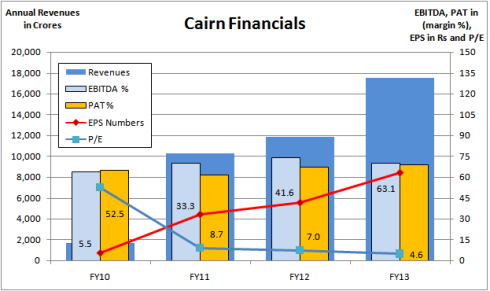